Bring your child in for a back to school check-up!

65% of neurological development (development of the brain and nervous system) occurs during your child’s first year. This is why it is so important to make sure their spine is balanced and unobstructed. 90% of of babies (in a recent study by Viola Frymann involving …

What is the difference between electrical stim, ultrasound, and laser?

One question that I get almost daily is, “What’s the difference between electrical stim, ultrasound, and laser therapy? If I go to the physical therapist they do electrical stim and ultrasound on my back or my legs. Why don’t you use electrical stim and ultrasound?”
The answer is simple: Laser heals faster!
Twenty two years ago when I first opened my practice, I was thrilled to purchase a machine that did many varieties of electrical stim and ultrasound. For more than ten years, I used electrical stim and ultrasound on my patients with good results. Then in 2002, an amazing, new technology called Class IV Laser therapy was allowed into the US. Many other countries had been using Class IV Laser therapy with incredible results! It was literally, the latest technology in healing therapies! Of course, I had to have one! In May of 2008, I was finally able to purchase a Class IV Laser. The results I saw using the laser on my patients left the electrical stim and ultrasound results behind in its dust! I saw swelling disappear before my eyes! I saw people heal from injuries 4 times faster than they ever did with stim and ultrasound! I think I still have the stim/ultrasound machine around here… somewhere, maybe in the storage room…
So here’s the technical difference between therapies:
Electrical stim sends selected current into the muscles, causing them to contract at a certain frequency. This causes the muscles to fatigue and let go of muscle spasms. It also stimulates a fresh supply of blood to come rushing into the area, nourishing the area so it can heal.
Ultrasound sends sound waves into the body at a frequency that heats the tissue, relieving pain and muscle spasms. It gives a deep heat that increases blood flow and stimulates healing. It does not reduce inflammation.
Laser therapy works on a cellular level. Laser light is received by the chromophore of every cell that it passes through (and it passes through a lot of cells, inches into the body!). With the captured laser energy, each cell makes ATP, which is cell energy. The increased ATP causes each cell to heal up to 200 times faster than it would on its own! The laser also creates nitric oxide in the tissues, which is a natural anti-inflammatory. The result is instant reduction of swelling, allowing the body to heal faster and reducing pain quickly.
So now you can see why I can’t find my stim/ultrasound machine.
Stay healthy! Get Adjusted!
Dr. “Rocky” Stone

Why do my feet prickle when I sit on them too long?

“Why do my feet prickle when I sit on them too long?” That moment when you try to get up from the floor where you’ve been sitting on your legs for 20 minutes… They feel like clubs, or someone else’s feet!  …and then it begins… …

Why don't you get sick?

Why Don’t You Get Sick? The average person will catch between 2-6 colds during the year. So often I hear people ask, “why don’t you get sick?  What are you doing differently?” My perspective is that we are all exposed to the sicknesses, and we …

The Perils of Yard Work…

The Perils of Yard Work…

It’s spring!  The yard is calling…
Getting outside in the sunshine and working the earth can be very therapeutic for the mind, body, and soul.  However, sometimes the project is bigger than our bodies are prepared for.  When that happens, we really feel it the next day!  Remember to stay hydrated while you are working.  Change positions during the project to avoid tomorrow’s pain.  When you feel yourself stiffening up, stretch – slow, patient stretching can do a lot of good for your muscles.  If the stretching doesn’t do it, or if there is a “catch” or a “zinger”, come and see me.  Getting the joints of the body adjusted can allow the body to heal much faster.  If the ensuing problem is keeping you from doing your day job, we can always add a therapy to make the healing happen much faster!  Class IV laser therapy causes the cells to heal twice as fast as normal, introduces natural anti-inflammatory agents into the cells, and reduces pain.  Spinal decompression therapy can help reduce the nerve and muscle pain associated with disc impingements or injuries.  Simple things like sciatic pain and neck pain that goes into your arm can be improved with decompression therapy.  Also, remember to supplement your body with the natural building blocks that it needs.  Your body will thank you if you give it an herbal anti-inflammatory instead of an NSAID.

Why do I need to be adjusted if I am not hurting?

Why do I need to be adjusted if I am not hurting? This is the question I welcome the most!  It gives me the opportunity to explain the basic principles of chiropractic care!  Here are a few of my most favorite reasons to get adjusted, …

Where do I go first?

Last month, an article was published by the American College of Physicians that backs up one of the things I’ve been telling patients for 22 years.  It is the answer to one of the most frequently asked questions, “Where do I go first when I …

Health and Happiness, the Physical Link

There is a strong link between the health of our bodies and our ability to feel joy and happiness.  The very elements that we need to physically feel uplifted are manufactured in our gut, not our brain.  Therefore, if we are having a bout of depression, we should look first to the health of our gut.  Medications, chemicals, and toxins can rid our bodies of the necessary building blocks for making serotonin and dopamine, both critical for being able to feel  happy.

The most important things you can do to provide your body with the building blocks to make serotonin and dopamine are:

The Shocking Truth about Aspartame

You are not going to believe this…  Hold on tight – this news may come as quite a shock:  Drinking diet soda pop and chewing sugar free gum puts the weight ON!  But there is more, and it’s not good news!  Hair loss, impotence, eczema, … 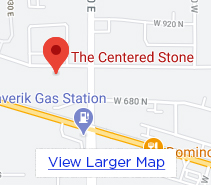