What is the difference between electrical stim, ultrasound, and laser?

One question that I get almost daily is, “What’s the difference between electrical stim, ultrasound, and laser therapy? If I go to the physical therapist they do electrical stim and ultrasound on my back or my legs. Why don’t you use electrical stim and ultrasound?”
The answer is simple: Laser heals faster!
Twenty two years ago when I first opened my practice, I was thrilled to purchase a machine that did many varieties of electrical stim and ultrasound. For more than ten years, I used electrical stim and ultrasound on my patients with good results. Then in 2002, an amazing, new technology called Class IV Laser therapy was allowed into the US. Many other countries had been using Class IV Laser therapy with incredible results! It was literally, the latest technology in healing therapies! Of course, I had to have one! In May of 2008, I was finally able to purchase a Class IV Laser. The results I saw using the laser on my patients left the electrical stim and ultrasound results behind in its dust! I saw swelling disappear before my eyes! I saw people heal from injuries 4 times faster than they ever did with stim and ultrasound! I think I still have the stim/ultrasound machine around here… somewhere, maybe in the storage room…
So here’s the technical difference between therapies:
Electrical stim sends selected current into the muscles, causing them to contract at a certain frequency. This causes the muscles to fatigue and let go of muscle spasms. It also stimulates a fresh supply of blood to come rushing into the area, nourishing the area so it can heal.
Ultrasound sends sound waves into the body at a frequency that heats the tissue, relieving pain and muscle spasms. It gives a deep heat that increases blood flow and stimulates healing. It does not reduce inflammation.
Laser therapy works on a cellular level. Laser light is received by the chromophore of every cell that it passes through (and it passes through a lot of cells, inches into the body!). With the captured laser energy, each cell makes ATP, which is cell energy. The increased ATP causes each cell to heal up to 200 times faster than it would on its own! The laser also creates nitric oxide in the tissues, which is a natural anti-inflammatory. The result is instant reduction of swelling, allowing the body to heal faster and reducing pain quickly.
So now you can see why I can’t find my stim/ultrasound machine.
Stay healthy! Get Adjusted!
Dr. “Rocky” Stone

Author: DocAdmin
Filed Under: Uncategorized
Why don't you get sick?
Top 7 reasons to bring in your baby or child for adjustments

Pre-natal, Post natal care
Infants and children
Family wellness care
She’s passionate about sharing chiropractic care with everyone to improve the function of their nervous system, with a special interest in women who want to become pregnant, are pregnant, have been pregnant, as well as babies and children. 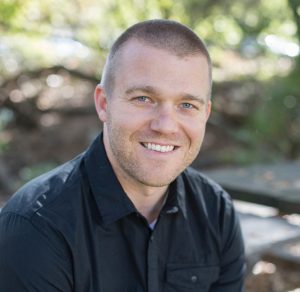